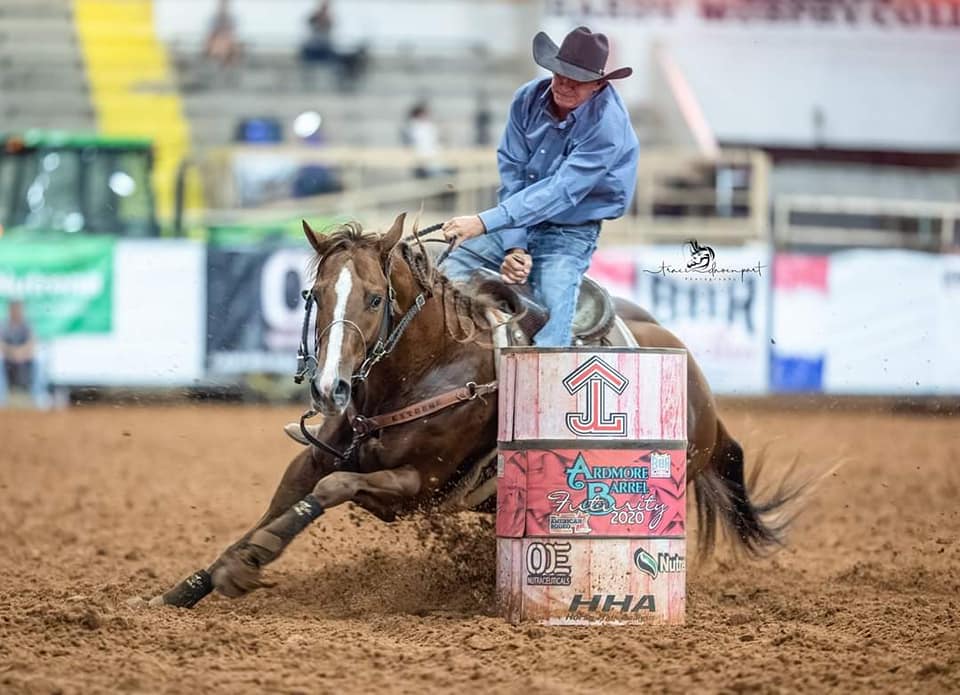 by Tanya Randall for The Barrel Racing Report

The Waynesfield, Ohio, based trainer also topped the Blue Collar Open incentive, earning $2,100 on the 7-year-old stallion SR Industry Titan, owned by Tom and Nick Wylie of Swanton, Ohio. When combined with his non-incentive earnings from Ardmore, Crumrine collected $80,884. “I thank God every day for giving me something that I love to
do,” said Crumrine, who also wanted to thank his family and his help at home. “That Blue Collar is such a good deal.”

Read the full article in the Barrel Racing Report page 20